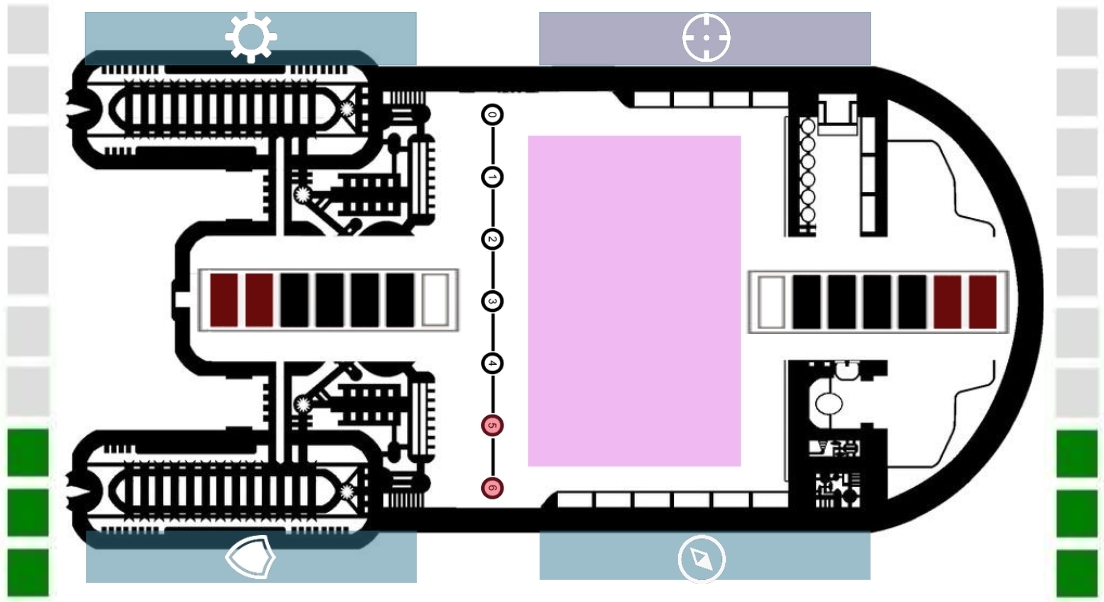 In the board game Eider the players embody the eponymous ship. It's a cooperative game in a science fiction universe. Located in a distant solar system of more than 400 planets, players will be embarked on adventures where their actions and choices will be crucial. The game is divided into 2 phases, a phase we will call "Gameplay" which consists of a standard board game and another phase "Narration" close to a You Are The Hero Book.

A game of Eider always begins with the Narration phase. Players take turns reading a text that describes the situation before the mission begins. They may have to make choices, they then consult each other and once their decision is made they will be brought to a new paragraph. The different choices will influence the setting of the Gameplay phase. The Narration part always follows on a mission objective, represented by a card it will clearly indicate what the players must do (go from point A to point B, collect resources, eliminate enemies, protect a cargo...) the players will then move on to the Gameplay phase until they meet the objective. Once the latter is filled in, they will discover the consequences of their actions by going back to the Narrative phase. Players alternate between Narration and Gameplay phases until the final Narration phase describing the success or failure of the mission.

During the Gameplay phase, players will be required to complete the mission objectives determined in the Narration phase. Each player in turn performs one of the 4 possible actions (Mechanics, Weapons, Navigation or Shields) to advance the ship, prepare defenses, destroy enemies or even improve the ship. In this game the players do not play a character, they can all perform the different actions that the ship's crew does. The ship is represented by a small board that gathers all the information about it, it is also materialized by a miniature.

Eider's game system is pretty basic but there is one thing I really like. To determine the actions that players can take, they must choose between two cards. Once the choice is made, everyone shows their card and the players perform the action of the chosen card in turn. Players cannot communicate while choosing their card. What I like about this system is that each player makes his own choice. He can't be helped. I noticed that in many cooperative games experienced players were tempted to take the lead and sometimes make all the choices for others (Zombicide, Set a watch...). With this option between 2 cards the players must all make a choice. I would like to point out that once this choice of card has been made, the players can communicate completely and there is still plenty of opportunity for them to discuss the best strategy to adopt.