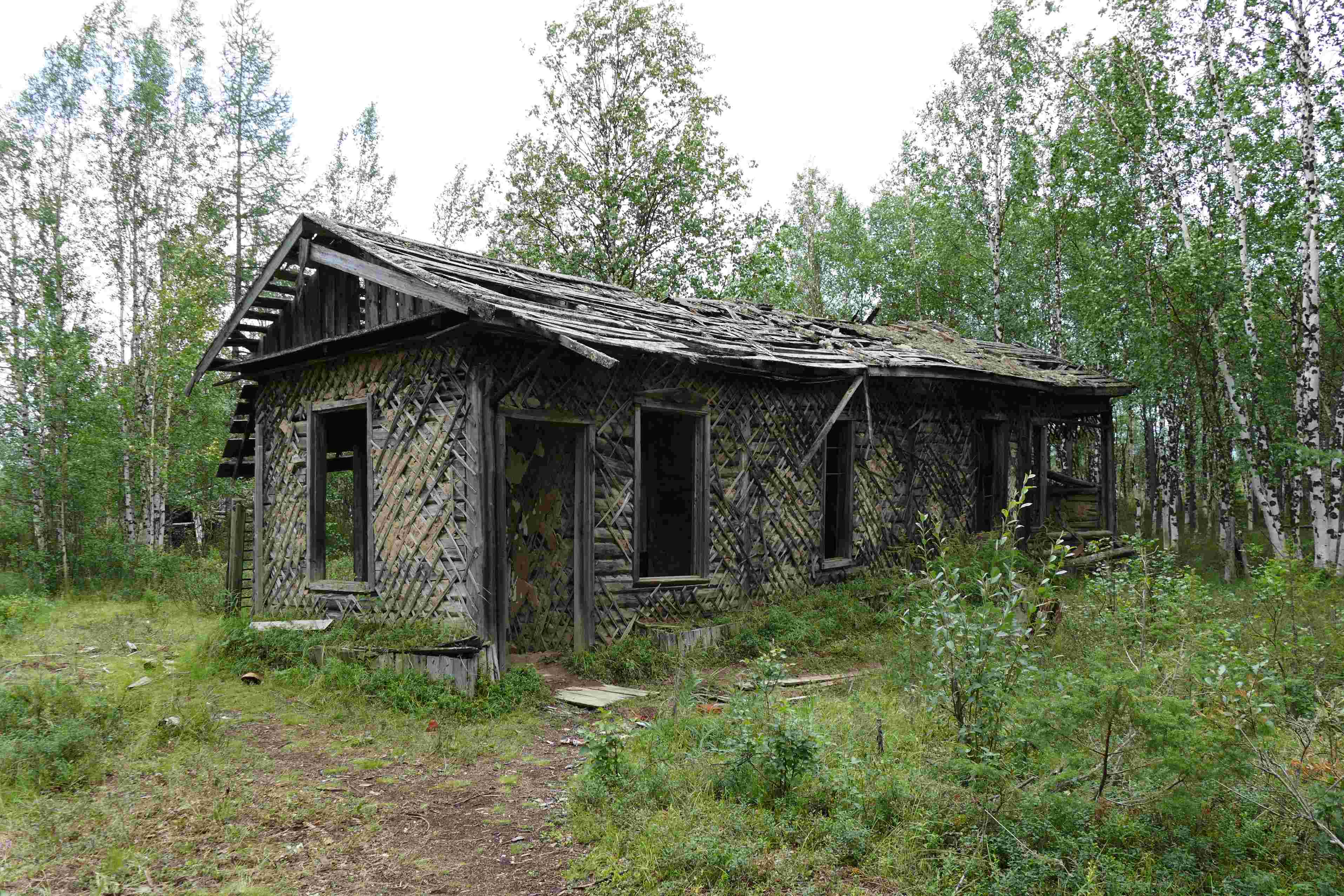 Archeology of a gulag camp

Mosquitoes are everywhere, I move forward on the green moss, I slalom between mushrooms and berries. I put on my orange construction helmet before entering the building. I take out my notebook and start taking measurements of what seemed to be a dormitory in the Gulag camp. Half of the building is collapsed, within 5 years there probably won't be much left.

In August 2019 I had the chance to be part of a scientific expedition to Siberia in the Yamal region. For 3 weeks we lived in tents in an old Gulag camp forty kilometers from Nadym. Several teams of Swiss and Russian students were gathered. My team worked to collect as much data as possible about this camp. Under the direction of an archaeologist we took pictures and wrote descriptions of the objects and buildings that are still present on the site.

This camp, named Shuchy, was active from 1950-1952. It was designed to accommodate about 300 zeks (the names of the Gulag prisoners). The zeks living there were working on the construction of a railway line a few hundred meters from the camp. Indeed, from 1949 Stalin, wanting to conquer the Russian far north, ordered the construction of a railway line from Salekhard to Igarka. When he died, this crazy project was abandoned before it was completed.

While doing the measurements I wondered what my contribution to the project could be once I returned to Switzerland. I had the idea to put the plans we were making in 3D so that other people could see the camp as we had seen it. So I started to take over the plans and used the Autocad software to put them in 3D. Many buildings being in a bad state of repair I did not try to detail them at all costs. My main objective was to give an overview of the volumes and spaces of the camp.

Once the buildings were modeled, I used Unity to arrange them and recreate the camp. The question of textures then arose. Not being an artist and doing this project alone, I could not faithfully recreate the appearance of the buildings. Moreover, they are all degraded, which would make things even more complex to render. So I decided to do something completely different.

I have taken photographs of contemporary works by artists I appreciate: Soulages, Martin, Pollock, Klein... I used a software to transform all these paintings. As I wanted a neutral rendering I put them all in black and white. Then I transformed them by multiplying them, turning them and playing on contrasts. After several tests I applied the textures to the buildings.

Video or video games are great immersion tools. They can be very useful for memory work. Many museums are taking hold of it and Ubisoft's tremendous work on the latest Assassin's Creed heralds new ways of representing the past. However, I think that the video does not leave enough room for imagination. The video is engraved in us and it is not reality but only a representation that is not perfect by essence. So in my project I tried another approach by using abstract works. I hope that the users' imaginations will not be asleep when they discover the camp.