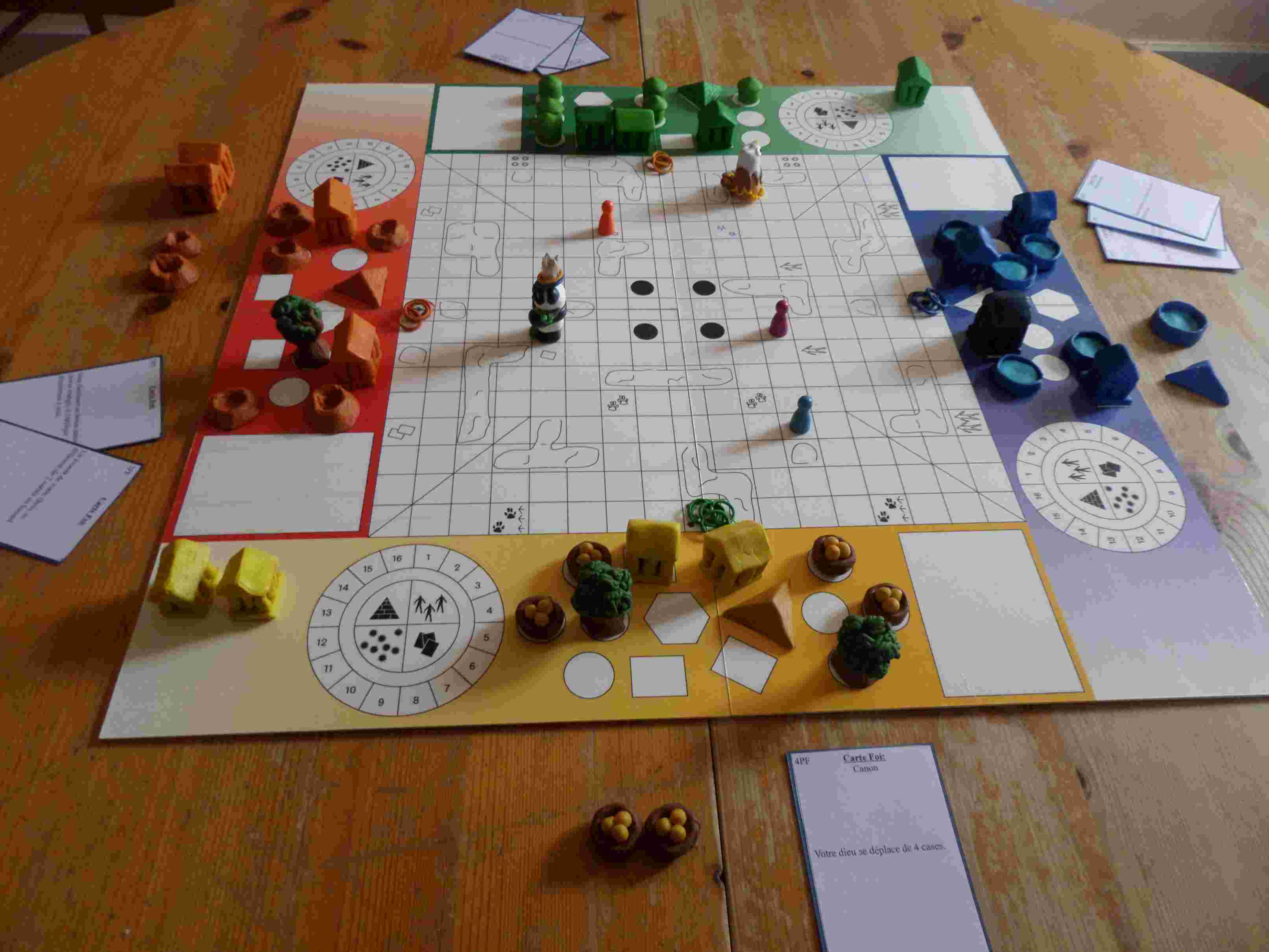 The human species has become extinct, some animals have developed. They acquired intelligence, formed tribes and began to believe in gods. The latter have replaced the gods of humans, disappeared faults of believers. You will embody one of these species and their god. Your goal will be to collect the 4 fragments scattered throughout the four corners of the gods' domain that will make your god the king of the gods, or as the ancients call him: The Supreme....

In Providentia each player embodies a tribe (Pandas, Birds, Meerkats or Whales) as well as the god of the tribe. What I like about this project is the universe. It is simple to understand but leaves a lot of possibilities. Everyone visualizes the animals of the tribes and so it is very easy to develop specificity for each faction. For all my board games I prefer to start from an idea of a strong universe and then try to graft gameplay mechanics around it. I think it's all the more important to do this for board games or indie video games if you want to tell a story in a complex universe. Indeed, with limited means starting from a universe guaranteed that the gameplay mechanics will not be artificial. The risk of this method, however, is that you do not think enough about the pleasure of pure play. It is therefore necessary to find the right balance.

This universe with tribes of animals that all have a god naturally pushed me towards binary gameplay. The players embody both a tribe and its god. The tribes produce faith points that allow it to develop but also to play action cards. These cards are supernatural events that can help the player or harm opponents. For example, pushing the opposing god into a rift or destroying homes. The cards are therefore the embodiment of divine power. I wanted players to feel the gods of this game like those of Greco-Roman mythology: powerful but fallible, angry and always in conflict with other gods.