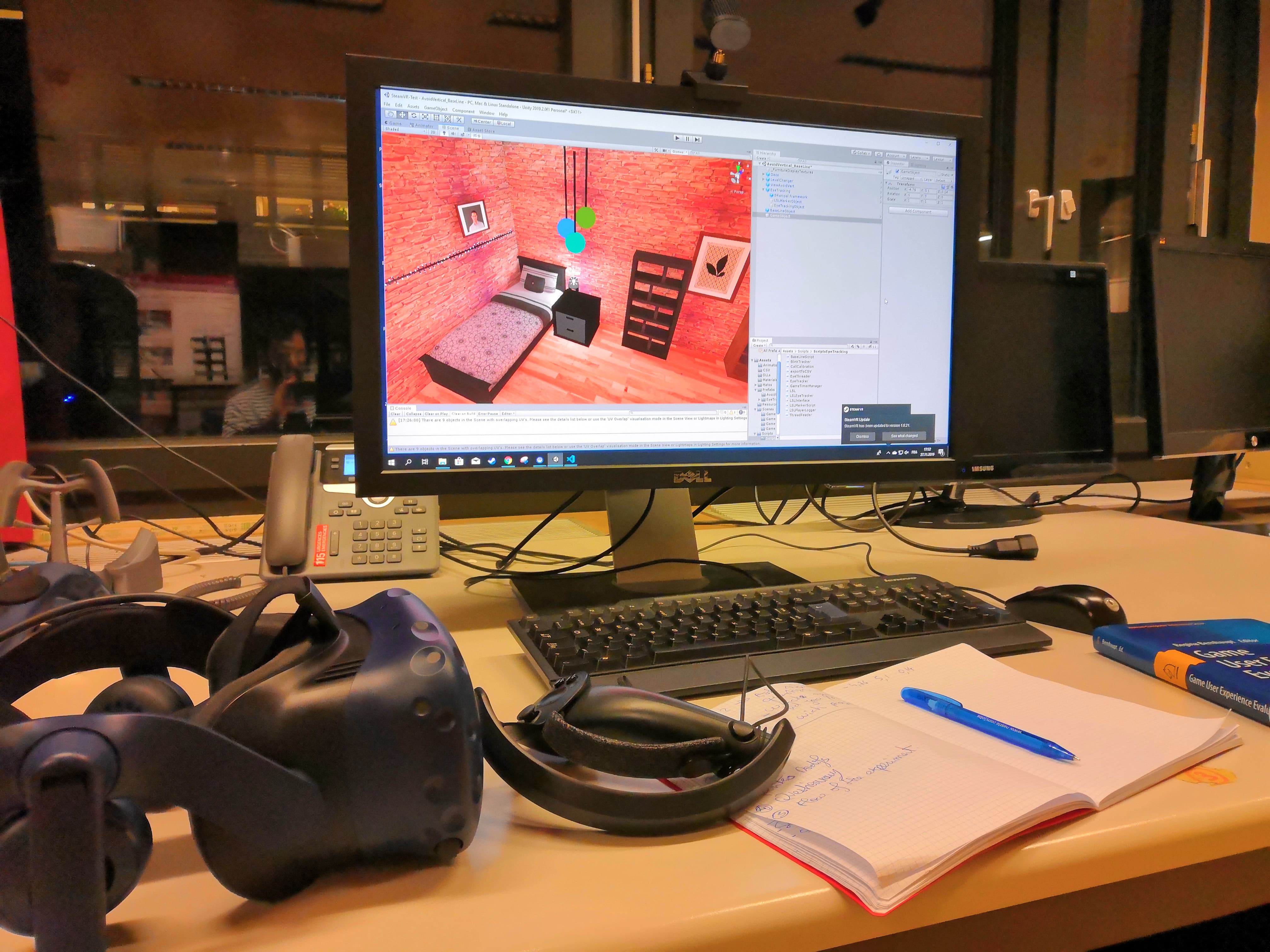 The first game is a puzzle-game. Players must connect stars without being able to go back through the paths already validated. They use a controller that looks like a laser in the game. When a level is validated, particles appear and then the next level automatically loads. Particles have a physics and undergo gravity. This detail is very important because it allows the player to feel the sense of gravity of the 3d environment which is not necessarily the same as the real world. This is the case when the player is upright in the game while physically lying down.

In the second game the player must avoid orange stars to avoid losing life and collect the others to earn points. Unlike the first game, the player moves in the environment, which should considerably increase cybersickness.

While doing research for this project I realized that there was little literature regarding the evaluation of the user experience for VR games. However, it seems to me that with their growing popularity it is necessary to develop tools on which to base when designing a VR application. I am thinking in particular of the field of rehabilitation where many factors and actors can be involved. In addition, an application aimed at an audience of people with motor disorders will be harder to develop because it will be more difficult for designers to put themselves in the shoes of future users. It is in this context that I wish to develop a heuristic method, based on the work that has already been done but adapted to the specific framework of VR. I also want to develop questionnaires to evaluate the quality of a VR application in a relative or absolute way. The goal would be to use these 2 types of questionnaires in my experiment to see if they seem suitable and improve them.